Buckwheat offers numerous health benefits.  Despite its name  it’s not a grain,  it is actually a pseudo cereal; a grain like seed that’s related to sorrel and rhubarb.  Pseudocereals are plants that produce fruit or seeds. These “seeds” are frequently consumed as grain substitutes.. They are also typically high in protein as well  as vitamins and minerals. Many ancient grains are pseudocereals, such as quinoa, amaranth, chia, kaniwa and wattleseed. Because pseudocereals are gluten free, they are a great option if you are gluten intolerant or have a gluten allergy.

Life Extension Magazine states “Two of buckwheat’s most important nutrients include D-chiro-inositol and rutin. Buckwheat is the greatest natural source of D-chiro-inositol,1 a compound that reduces glucose levels and can be used as a treatment for diabetes.2,3 The flavonoid rutin is known for its anti-inflammatory and platelet aggregation-inhibiting effects.4

One cup of cooked buckwheat groats contains the following: 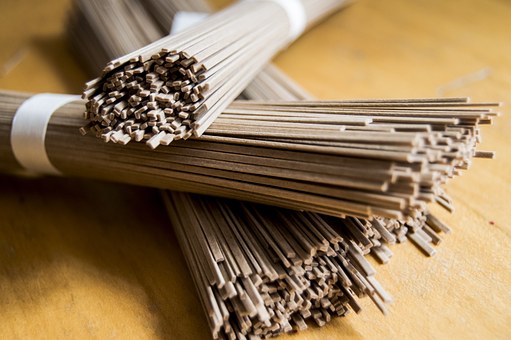 There are numerous buckwheat products available in grocery stores, health food stores and online. Here are a few that are commonly available.

Buckwheat flour-Used in baked recipes. If you buy or make buckwheat flour, it should be kept in the refrigerator or freezer and used within a short amount of time, as it naturally contains oils that can go bad quickly.

Place buckwheat in an airtight container and store in a cool dry place. Buckwheat flour should be always stored in the refrigerator. Stored properly, whole buckwheat can last up to one year

With all its amazing benefits and uses, how will you incorporate buckwheat into your life?