These EMFs are vastly different from the subtle fields we evolved with. Many believe that because this man made radiation (which is mainly radiofrequency radiation (RFR) or microwave radiation) is non-ionising radiation and it is harmless. They claim that if there is no thermal (heating) effect then there is no damage. Our safety guidelines are based on this belief.

However, thousands of papers now demonstrate that damage to our cells occurs even when there are no thermal effects. Peer reviewed literature demonstrates DNA damage, blood brain barrier permeation, calcium flooding cells, apoptosis and many, many other biological effects occurring at levels which are orders of magnitude below our safety guidelines. After reviewing all the literature the World Health Organisation classified this type of RFR like that from mobile phones as possibly carcinogenic to humans in 2011.

This has prompted many countries around the world to adopt a precautionary approach towards this technology. More than a dozen countries restrict the use of mobile phones by children and advise precautions regarding their use. France has banned Wifi from pre-schools and Israel sets limits on how much exposure to Wifi kids get in school. So what can you do if you are concerned about your exposure to EMF’s?

Firstly, don’t panic. There are many ways you can easily reduce your exposure to all the different types of EMF’s around the home without affecting your lifestyle too drastically.

In building biology we always recommend hard wiring computers. If this is not possible then keep the wireless router away from where people spend time.

Turn the router off at night. This simple act reduces your exposure by a third.

When you turn an Ipad off you must “power off” rather than just turning it off. To do this hold down the black button at the top off the Ipad for several seconds rather than just pressing it once. It will say “slide to power off” the same as an Iphone. If you don’t do this then it is still transmitting intermittently. I have taken very high readings from Ipads when turned off but not powered off.

Never use a laptop/Ipad/Tablet on your lap. They have up to 5 antennas transmitting and receiving continuously.

The Ipad is ok to use on ‘airplane’ mode with Wi-Fi ‘off’. This is the safest way for kids to use it. Download games onto the IPad or your phone so that they can play them while on airplane mode    rather than streaming from the internet.

Don’t carry mobile phones in your pocket or bra unless it’s switched off. Carrying them in your front pocket places them cm away from your reproductive organs. The fine print warning in all smart phones and tablets advise the user to not hold it against the body, to not carry it on the body and for pregnant women and teenagers to keep away from abdomen to protect the foetus and the reproductive organs. A study by University of Newcastle in Australia found that sperm exposed to cell phone radiation die three times faster, swim significantly more poorly, become more deformed and experience significantly more damage to sperm DNA (EHT 2009).

Text rather than call.  Use an earpiece with a plastic air tube such as airwearaudio or safe-tfone. http://www.safetfone.com.au/ or cellsafe.

Still hold the phone away from body when texting or using earpiece.  Use speaker phone.

Try to avoid playing games or connecting to the internet via your phone. Download games onto the phone or tablet for your kids so they aren’t streaming movies/games from the internet.

Using Bluetooth is a slightly better option but it is not protecting you from Radiation. Using a mobile phone in the car is exposing you to more radiation for a number of reasons. In a car the phone has to work harder to get the signal due to the metal all around. The phone is signalling from tower to tower as you travel and subjecting you to more radiation. The radiation is reflecting all over the car (Davis 2010). This is also true for any area surrounded by metal such as public transport, elevators. Remembering that you are also getting exposed to radiation when other people near you are using their cell phones even if you aren’t.

Minimize metal furniture. RF reflects off metal and travels on metal and it can create unknown hotspots. Metal framed beds, spring mattresses and lamps can be culprits in the bedroom. This can also be the case for people who wear metal framed glasses, braces on their teeth, jewellery, underwire bras etc. They could be exposed to hotspots from the metal when talking on their mobile phone or when sitting close to a wireless router.

Don’t use baby monitors as they produce high levels of RFR very close to the baby’s head.

Throw out your DECT cordless phones as the base station is like having a mini mobile phone tower in your home.

Even if you only follow some of these tips some of the time, it is a good start. A few simple changes to how you live can have a huge impact on how well you live.

Reprinted with permission from notoxrox 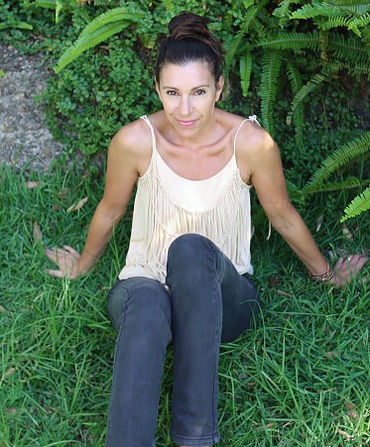 About the Author: Jo Lia is the founder of Notoxrox. A qualified Building Biologist and EMR consultant, this mother of 3 specializes in helping mums create healthy homes so their kids can thrive. As well as healthy home audits, Jo also conducts office audits, pre-purchase audits for home buyers and she works closely with schools to create safer indoor environments. A keen blogger and presenter she regularly participates in community events to raise awareness and take industry violators to task. You can follow Jo on her website and on Facebook.