Many people commonly drink cranberry juice for a urinary tract infection. So what is it about cranberry juice that is beneficial for UTI’s? It’s the sugar they contain… d-mannose.

D mannose is a sugar that is naturally found in a number of fruits and vegetables. But don’t panic about the sugar, it’s a glyconutrient, meaning it is actually a health promoting sugar.  Glyconutrients help support communication between cells. 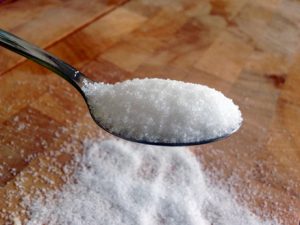 Not All Sugars Are the Same

Similar to fructose and sucrose, D-mannose won’t interfere with blood sugar metabolism, it acts more like glucose, which your cells use more efficiently. It is absorbed slowly, which also means it won’t be used for energy reserves or fuel for the body.

It won’t remain in your body for extended periods of time like glucose which is stored in the liver. In fact most of what you ingest is filtered by your kidneys and sent to the bladder for quick excretion. This is why it can perform its tasks without changing any of your body’s natural functions. So what exactly is D-Mannose good for? 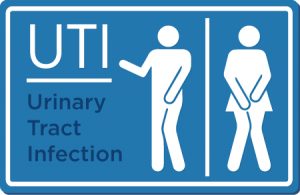 UTI’s-One of the benefits of this glycoprotein not being absorbed into the bloodstream quickly, is that it does its job fast and exits the body through urination. As D-mannose passed through your bladder, it coats the lining with sugars which prevent any bacteria or particles from adhering or building up in the bladder lining.  Researchers in this study share the effectiveness of d-mannose as a safe and successful option for treating recurrent UTI’s.

Diabetes-Researchers also share the encouraging benefits of d-mannose as both preventative and therapeutic to autoimmune diabetes and asthmatic lung inflammation.

Binds Lectins-Another benefit is its ability to bind to lectins and help flush them from your system. Lectins are found in foods such as beans, seeds, grains, some fruits and vegetables. Lectins can be hard for the body to digest and break down, which can cause health problems such as bloating and irritation.

Antibacterial –D Mannose also helps to promote the growth of THP (Tamm Horsfall Protein) which is the most prolific protein in urine, which binds to bacteria. Since d mannose is extremely effective  against E. coli (the most common cause of UTI’s) it is usually the first choice as an antibiotic alternative.  In fact this 2013 study shows that D-mannose is as effective as antibiotics, without the additional risk factor of killing off good gut bacteria.

Carbohydrate-Deficient Glycoprotein Syndrome Type 1b-This is an inherited genetic disease that inhibits the absorption of protein in the intestines. D-mannose can help stop this process as well as encourage healthy liver function. 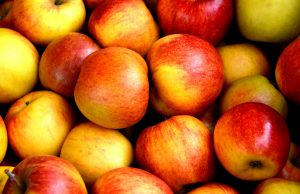 D-mannose is available in both capsule and powder form. Powdered forms generally have less fillers than capsules. It is available from your practitioner, online and in health food stores.

Before adding this supplement or any other to your routine, please speak to your health care provider about your health concerns.

Most people don’t experience side effects, although some may experience diarrhea or bloating

Typically it doesn’t negatively impact blood sugar levels, because it must be converted into fructose and then into glucose, significantly blunting the insulin response and thus reducing its impact on blood sugar levels. If you are diabetic, you should discuss this option with your practitioner.

D mannose is a glyconutrient, meaning it is a health promoting sugar.

D-mannose is naturally found in numerous vegetables and fruits, such as apples, cranberries, broccoli and cabbage.

D-mannose is a great option for individuals who can’t take antibiotics for UTI’s.

Studies show that D-mannose can actually be more effective than antibiotics for recurrent UTI’s. In fact, it’s the most researched benefit of D-mannose.