Research over the past decade has shown without a doubt, that what you eat has a profound effect on your overall health.  The simple truth is that an anti-cancer diet doesn’t look that different from the healthy foods you should be eating anyway. That means plenty of organic fruits and vegetables, as well as lean meat or fish.

To compile a list of cancer fighting foods would require a list of most fruits, vegetables, protein and herbs. Some foods will fight inflammation which fuels cancer growth. Other foods force cancer cell death, while other foods help the body to remove toxins and protect against free radical damage. Healthy organic foods will attack any illness on some level.

So what is on the list of cancer fighting foods?

Pretty much the exact opposite of the Standard American Diet (SAD). Organic foods that include colorful vegetables, fruits, beans, healthy fats, garlic, herbs, spices and lean proteins. While this is not a complete list, let’s take a look at a few highlights: 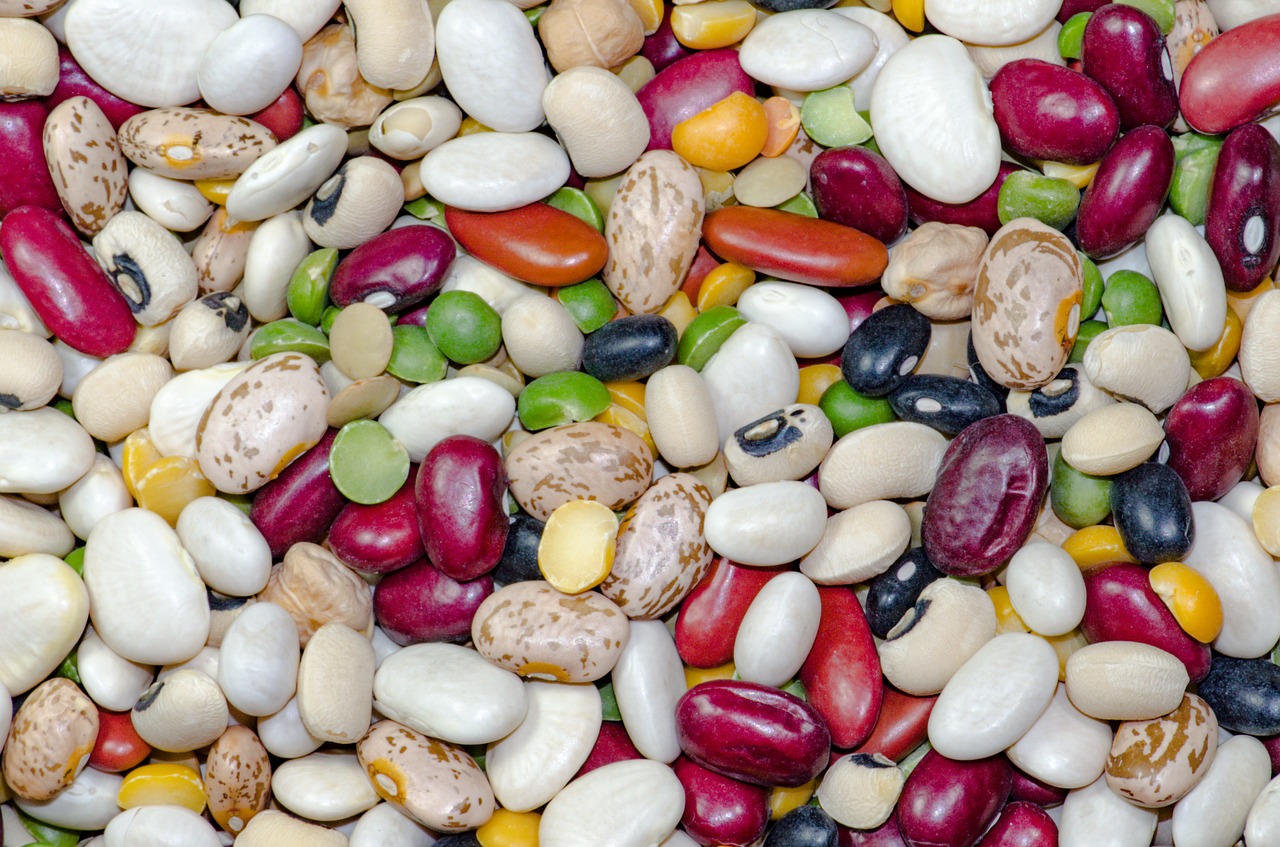 Beans –Beans offer numerous phytochemicals along with fiber.  Phytochemicals such as saponins have the ability to inhibit cancer cell reproduction, protease inhibitors slow the division of cancer cells, and phytic acid which also slows the progression of tumors are all components of beans. Beans contain Folate a B vitamin that reduces the risk of pancreatic cancer.

Carrots- Carrots are packed with beta-carotene, an antioxidant that scientists believe protects cell membranes from toxin damage and slow the growth of cancer cells. Because they supply antioxidants that can battle HPV. Carrots may also prove to be beneficial in the treatment of leukemia. 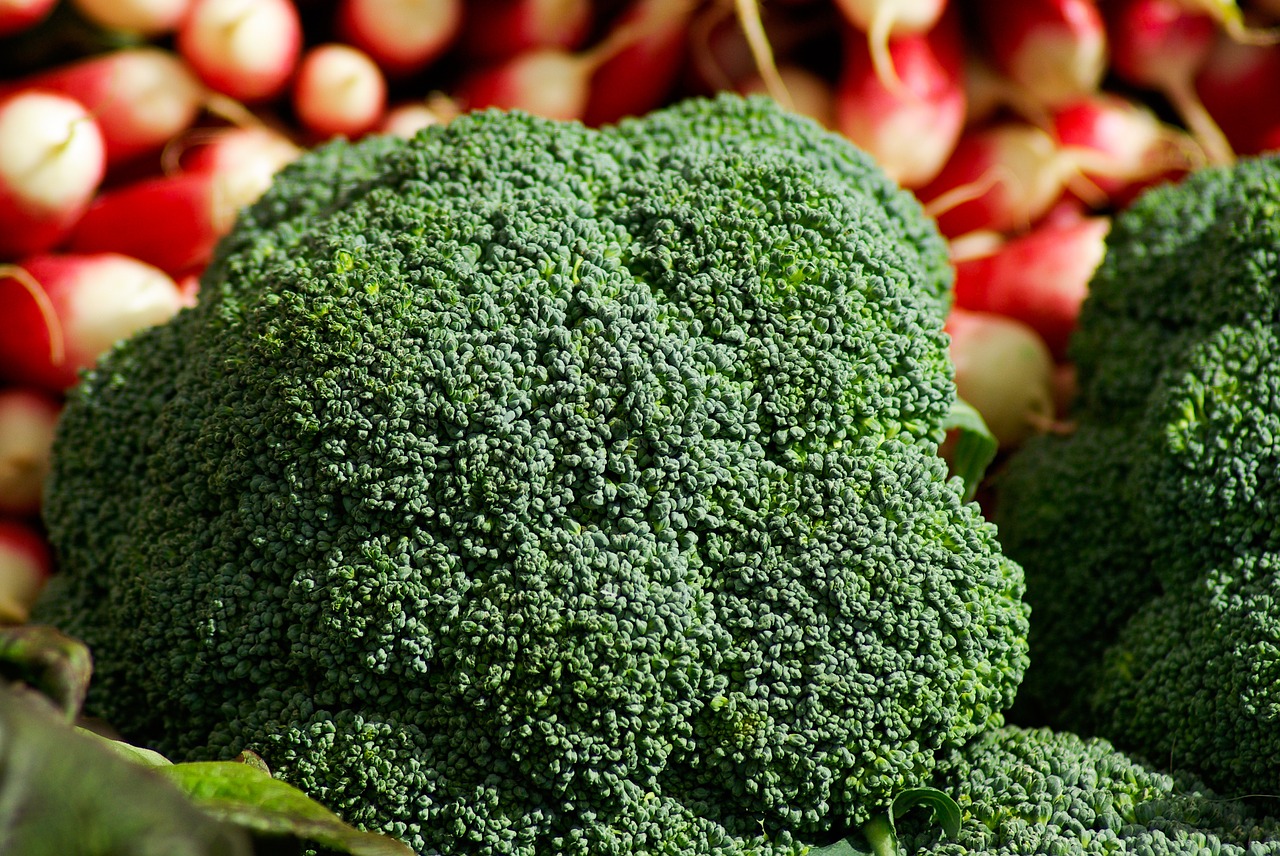 Cruciferous Vegetables-Cruciferous vegetables such as bok choy, broccoli, cabbage, kale, collards and cauliflower contain sulforaphane and indole-3-carbinols (I3Cs). These are two potent cancer fighters. They help to detoxify the body and help precancerous cells from developing into malignant tumors. In studies conducted by the World Cancer Research Fund and the American Institute for Cancer, broccoli and other cruciferous veggies were most protective against mouth, esophagus and stomach cancers. You may also consider eating broccoli sprouts, for an even greater nutritional boost.

Garlic-The same sulfur compounds that give garlic its strong odor can stop cancer causing substances from forming in your body, speed up DNA repair and kill cancer cells. Don’t forget to include other foods from the alliaceous group; onions, leeks, shallots and chives. The sulfur in this group of foods facilitate the death of prostate, colon, breast and lung cancer cells. 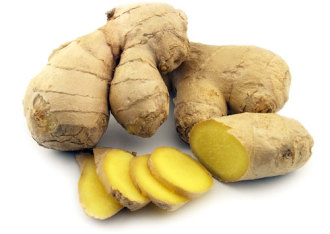 Ginger –Ginger has powerful anti-inflammatory properties and can slow cancer growth. The spicy root is also helpful for relieving nausea, migraines, sore muscles and arthritis. The anti-inflammatory power of ginger kills ovarian cancer cells in a test tube faster than chemo, according to a study done at the University of Michigan Comprehensive Cancer Center.

Grapes and Resveratrol – Research shows that resveratrol offers numerous health benefits including, reducing inflammation, and preventing oxidation of LDL cholesterol. It is also helps to limit the spread of cancer cells and triggers cancer cell death. If you are looking to increase your resveratrol intake consider consuming grapes, blueberries, cranberries and pomegranate each of which offer a wide range of antioxidants. 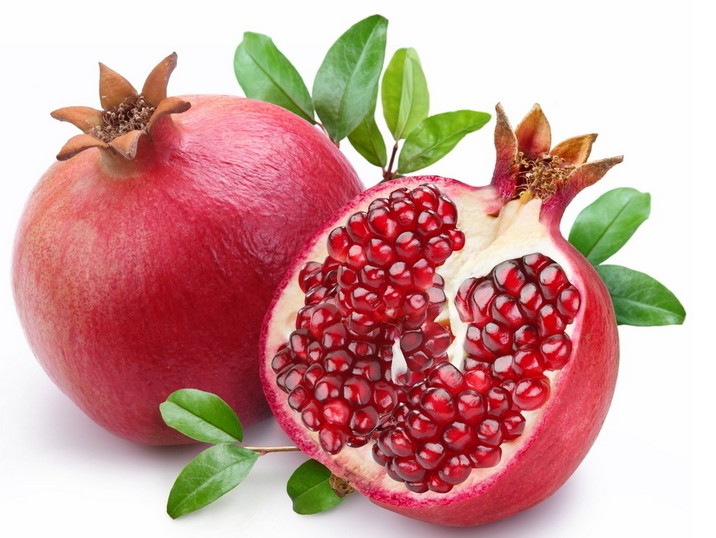 Sea Vegetables-Kelp, Kombu, Hijiki, Nori and Arame are potent mineral and vitamin rich foods that can easily be added to soups, salads, rice or noodle dishes. Sea vegetables offer a host of nutritional and healing benefits. Kelp helps remove radioactive particles and heavy metals from the body.  Kombu helps lower blood pressure and is abundant in iodine, carotenes, B, C, D and E vitamins, it is also a high protein seaweed that also contains calcium, magnesium, potassium, silica, iron, and zinc. Hijiki boosts natural killer T-cells for disease protection. Nori is rich in all the carotenes, calcium, iron, iodine and phosphorous. Arame is one of the richest sources of iodine. Herbalists use Arame to help reduce breast and uterine fibroids. Dried seaweeds can also be powdered to use in detox baths. 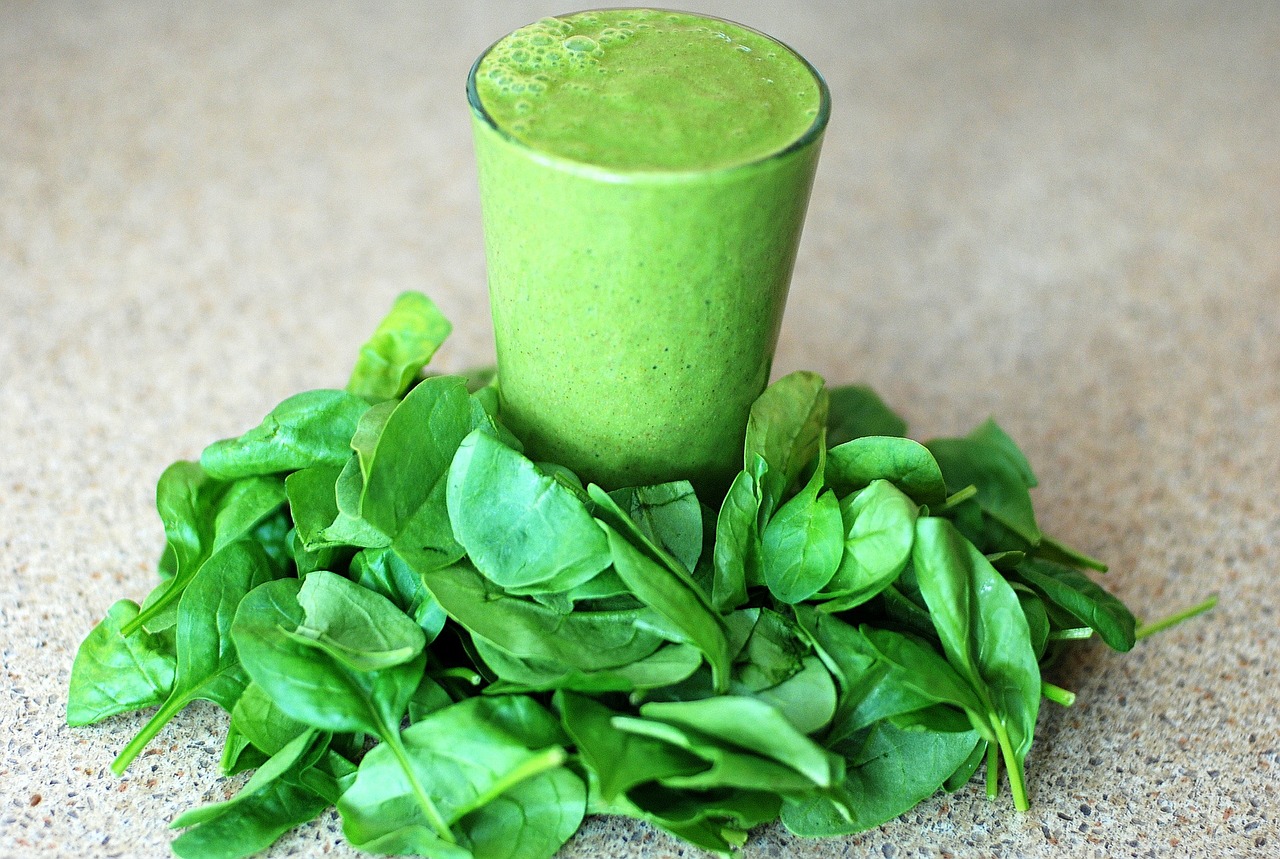 Spinach-This versatile green food contains lutein and zeaxanthin. These carotenoids remove unstable molecules and free radicals from your body. They are also found in other dark green leafy vegetables. An NIH/AARP study of more than 490,000 people found that individuals who ate more spinach were less likely to develop esophageal cancer. Some studies suggest the carotenoids in spinach and other foods reduce the risk of ovarian, endometrial, lung, and colorectal cancer, too.

Strawberries– This berry is rich in antioxidants such as vitamin C and ellagic acid. Ellagic acid has anti-cancer properties that supercharges enzymes to slow the growth of tumors. All berries contain powerful antioxidants, which means they naturally halt the process in the body that creates free radicals that damage your cells. Additional berries rich in flavonoids such as raspberries, blueberries, blackberries and cranberries are also powerful antioxidants and considered a protective food. Fruits and berries have the potential to decrease risks of lung, mouth, stomach and esophagus cancer.

Tomatoes-Lycopene is a highly concentrated antioxidant in tomatoes. Numerous studies suggest that a diet rich in lycopene is linked to a lower risk of prostate cancer. In lab tests lycopene has stopped other types of cancer cells from growing including breast, lung and endometrial. Other foods that contain lycopene include watermelon, pink grapefruit and red bell peppers While regular consumption of tomatoes and peppers are associated with lower risks of several cancers, especially prostate cancer, it has a downside, which is solanine. If you have any inflammation in your body, consuming foods with solanine is highly likely to worsen and aggravate the situation. Click here to learn more:  http://www.greenmedinfo.com/blog/link-between-nightshades-chronic-pain-and-inflammation 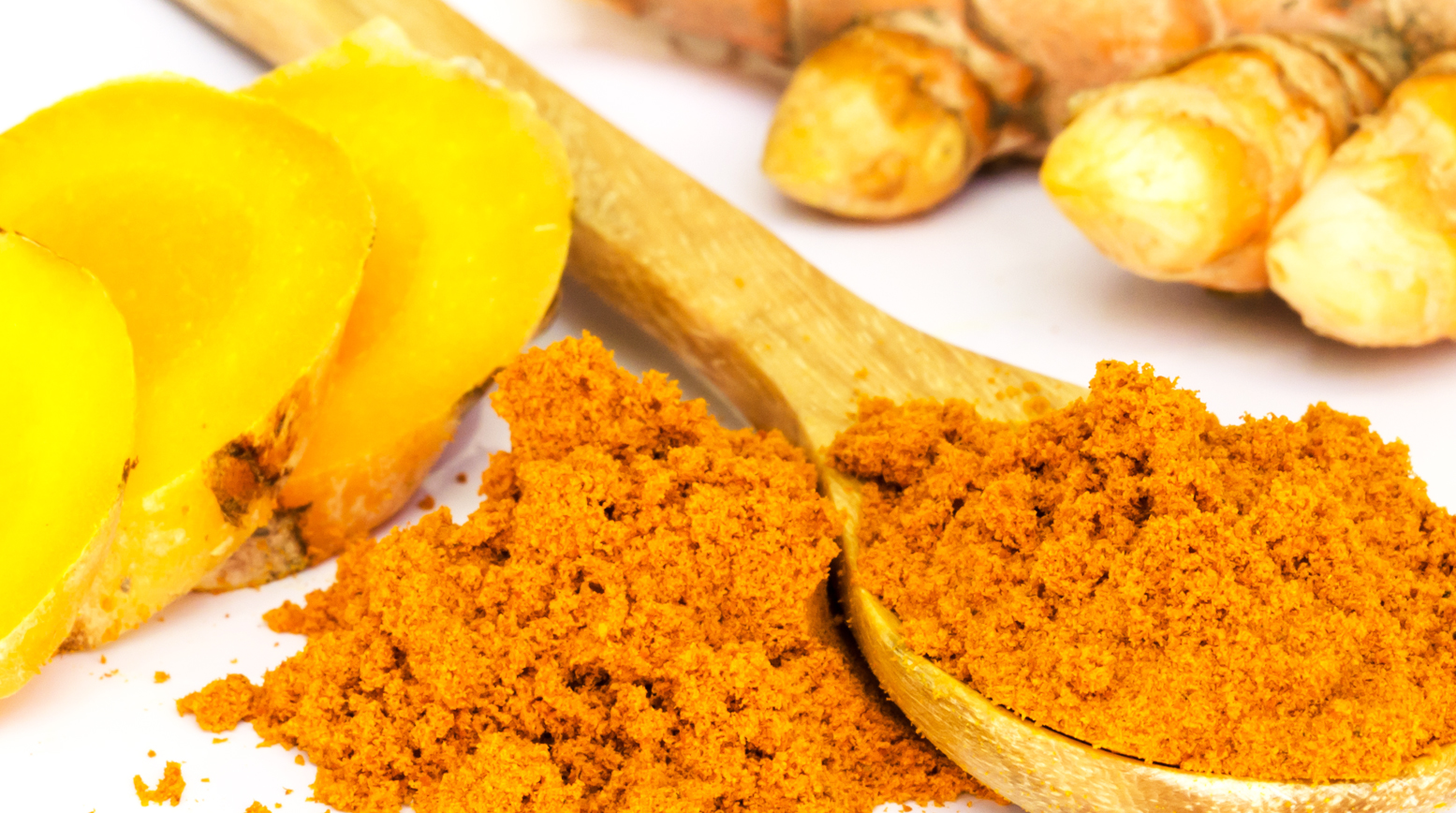 Turmeric-Curcumin is one of the most powerful antioxidants found in turmeric and has numerous health benefits. It has been studied extensively for its ability to kill numerous cancer lines. James A. Duke, an ethnobotanist published comprehensive summaries of 700 turmeric studies.

Vitamin D-Although this isn’t a food, there are too many studies that show this vitamin is instrumental in reducing the risk of breast and colon cancer, as well as improving the survival rate of lung cancer.

“The food you eat can be either the safest and most powerful form of medicine or the slowest form of poison.” Ann Wigmore