Cocoa Cola has a worldwide audience. Without realizing it, consumers of coca cola are also helping to perpetuate the myth that it’s okay to drink soda every day, as long as you burn off the calories.

As consumers we aren’t just buying a product, we are helping a company financially support organizations, businesses and causes that they believe in or that benefit them. How does that impact us? Many organizations are creatively “wording” their stance on what is healthy and what isn’t.

Each of these organizations promote views on nutrition and chronic disease that promote the soda industry. 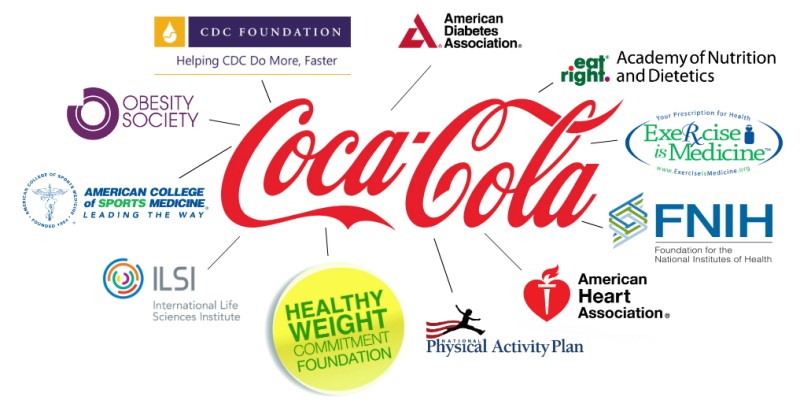 Russ Greene and Russell Burger from Crossfit.com shared this list in their recent article, The Four Hallmarks of Big Soda (BS) Nutritional Propaganda:

The Academy of Nutrition and Dietetics (AND),  funded by Coca-Cola until 2015 also founded the “Energy Balance 4 Kids With Play” program with the Healthy Weight Commitment Foundation (HWCF), “this organization represents Coca-Cola, PepsiCo, Nestle, General Mills and other distributers of sugary-sweet products.”

The International Food Information Council Foundation, funded by Coca-Cola and PepsiCo. States” when it comes to weight management or weight loss, it’s the total calories that matters most.”

The National Institutes of Health “We Can!” Campaign. The campaign advises drinking soda only “once in a while” and suggests balance by encouraging more physical activity on days when kids eat lots of high-sugar foods/drinks.

The American College of Sports Medicine, funded by Coca-Cola, suggests that while water should be your first choice of beverage, “there is no harm in drinking juice or even soda in moderation.”

The U.S. Centers for Disease Control and Prevention (CDC), also receives funding from Coca-Cola via the CDC Foundation. They promotes “energy balance,” stating that: “Healthy eating is all about balance. You can enjoy your favorite foods even if they are high in calories, fat or added sugars. The key is eating them only once in a while.”

The issue isn’t the calories. It’s the negative impact that drinking soda on a regular basis can have on your health. 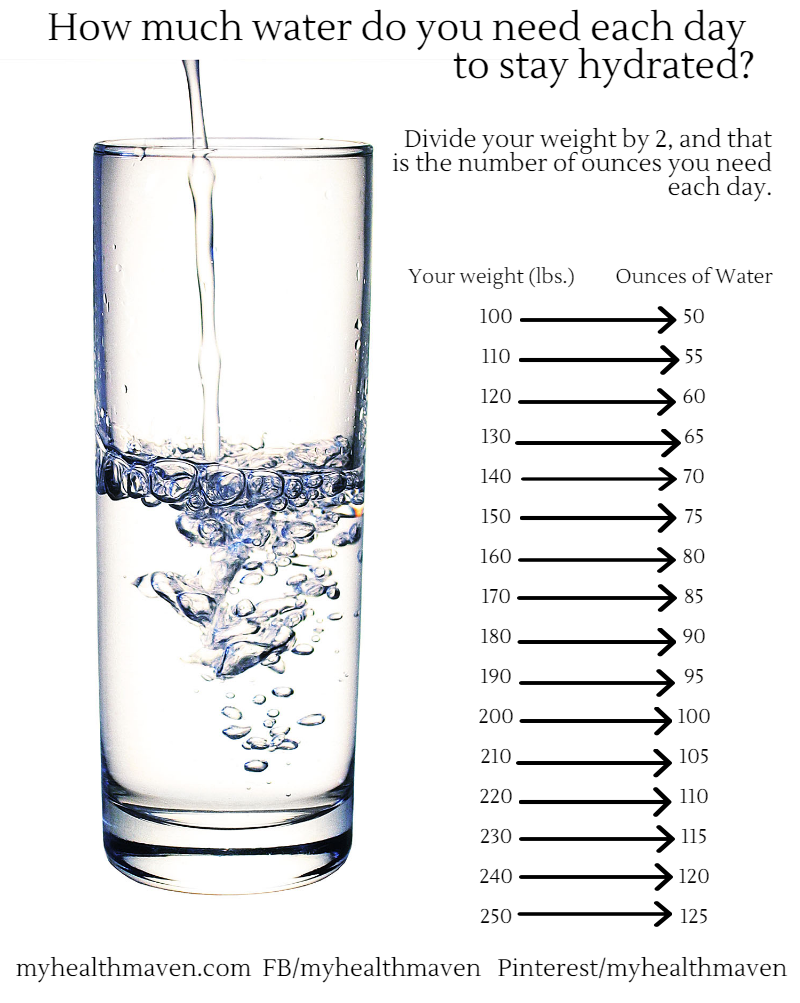 According to Euromonitor, the average person in the United States consumes more than 126 grams of sugar per day. That’s equal to 25.2 teaspoons, or the equivalent of drinking a little over three 12 ounce colas.

Numerous studies have shown the negative health effects of drinking soda on your waistline and your teeth. Drinking soda however, has far more health risks than many of us may realize. Regular consumption of sugary drinks is linked to numerous health problems including diabetes, heart disease, asthma, COPD and obesity.

So what are the risks and how much soda is too much? Let’s take a look:

1. Soda can cause a decline in kidney function.In an 11-year-long Harvard Medical School study, including 3,318 women, researchers found that diet cola is linked with a two-fold increased risk for kidney decline.

2. Soda increases diabetes risk.High levels of sugar in soda places a lot of stress on your pancreas, potentially leaving it unable to keep up with the body’s need for insulin. Drinking one or two sugary drinks per day increases your risk for type 2 diabetes by 25%.

3. Soda cans are lined with BPA.  Soda cans are coated with the endocrine disruptor bisphenol A (BPA), which has been linked to everything from heart disease to obesity to reproductive problems.

4. Soda dehydrates you.Caffeine is a diuretic. Diuretics promote the production of urine, causing you to urinate more frequently.  When the body’s cells are dehydrated they have difficulty absorbing nutrients, and it also makes it more difficult for the body to eliminate waste.

5. Caramel coloring in soda is linked to cancer.The caramel coloring in colas is a chemical process, it is not made from caramelized sugar. It is made by reacting sugars with ammonia and sulfites under high pressure and temperatures. These chemical reactions result in the formation of 2-methylimidazole (2-MI) and 4 methylimidazole (4-MI), which in government-conducted studies caused lung, liver, or thyroid cancer or leukemia in laboratory mice and rats.

6. Caramel coloring in soda is linked to vascular issues.Dr. Nehal N. Mehta, director of Inflammatory Risk Cardiology at the University of Pennsylvania states that there is a link between vascular problems and caramel-containing products.

7. Soda is high in calories.A 20 ounce can of Coca Cola contains 17 teaspoons of sugar and 240 calories…empty calories devoid of any nutritional value.

8. Caffeine in soda blocks the absorption of magnesium.According to Carolyn Dean, M.D., N.D. Magnesium is essential for more than 325 enzyme reactions in the body. Magnesium also plays a role in your body’s detoxification processes and therefore is important for minimizing damage from environmental chemicals, heavy metals, and other toxins.

9. Soda increases obesity risk in children.Each additional soda or other sugary drink consumed per day increases the likelihood of a child becoming obese by about 60%. Sugary drinks are connected to other health problems as well.

12. Soda contains high amounts of sugar. The average 20-ounce can of Coca Cola has the equivalent of 17 teaspoons of sugar, it’s not hard to see that soda can be bad for your teeth and your overall health.

13. Soda contains artificial sweeteners.While many people opt for artificial sugar to lower caloric intake the tradeoff for your health isn’t so sweet. Artificial sugars are linked to numerous illness and diseases including cancer.

14. Soda depletes your mineral levels. After studying  several thousand men and woman, researchers at Tufts University, found that women who drank 3 or more cola based sodas a day, had almost 4% lower bone mineral density in their hips, even though researchers controlled their calcium and vitamin D intake.

15. Drinking soda changes your metabolism. Hans-Peter Kubis, the director of the Health Exercise and Rehabilitation group at Bangor University in England, has found that drinking soda on a regular basis can actually change the metabolism in the human body. Participants drank 140 grams of sugar every day for four weeks (that’s less than two 20 ounce cans of Coke). The results: their metabolism changed after the four weeks, making it more difficult for them to burn fat and lose weight.

16. Drinking more than one soda daily, increases your risk for heart disease and metabolic syndrome.According to Ravi Dhingra, M.D., lead author of the study and an instructor in Medicine at Harvard Medical School states “If you are drinking one or more soft drinks a day, you may be increasing your risk of developing metabolic risk factors for heart disease.” Researchers found that individuals consuming one or more sodas a day had a 48 % increased risk of metabolic syndrome compared to those consuming less than one soft drink daily.

17. Diet soda does not help you lose weight.A University of Texas Health Science Center study found that the more diet sodas a person drank, the greater their risk of becoming overweight. Consuming two or more cans a day increased waistlines by 500% greater than those who do not consume diet soda.

18. Diet sodas contain mold inhibitors.They go by the names sodium benzoate or potassium benzoate, and they’re used in nearly all diet sodas. “These chemicals have the ability to cause severe damage to DNA in the mitochondria to the point that they totally inactivate it – they knock it out altogether,” Peter Piper, a professor of Molecular Biology and Biotechnology at the University of Sheffield in the U.K., told a British newspaper. The preservative has also been linked to hives, asthma, and other allergic conditions, according to the Center for Science in the Public Interest.

Note: Some companies have phased out sodium benzoate. Diet Coke and Diet Pepsi have replaced it with another preservative, potassium benzoate. Both sodium and potassium benzoate were classified by the Food Commission in the UK as mild irritants to the skin, eyes, and mucous membranes.

19. Sodas containing ascorbic acid and potassium benzoate can form benzene, a known carcinogen. According to the FDA, when benzoate is exposed to light and heat in the presence of vitamin C, it can be converted into benzene. According to the American Cancer Society, benzene is considered a carcinogen

20. Daily sodas and other sugar sweetened drinks are linked to Non-Alcoholic Fatty Liver Disease (NAFLD).The 2,634 individuals in the study completed a CT scan to measure the amount of fat in the liver. They saw a higher prevalence of NAFLD among people who reported drinking more than one sugar-sweetened drink per day compared to people who said they drank no sugar-sweetened beverages.

21. Some sodas containflame retardant. Brominated vegetable oil (BVO) is added to many citrus based sodas and sports drinks to prevent the drinks from separating.  What’s the concern? BVO is patented by chemical companies as a flame retardant. It is also banned in over 100 countries, but it is still used in the U.S. Learn more here.

22. Soda is linked to Asthma. A study done in South Australis of 16,907 participants aged 16 years and older, showed high levels of soda consumption were positively associated with asthma and COPD. 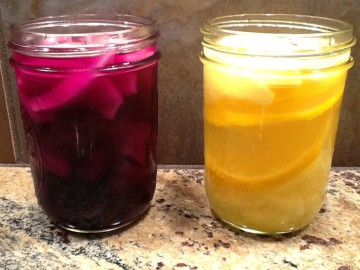 Enjoy these healthier options in place of soda